How Apple Started, All an Apple User Needs To Know

Apple is one of the top companies in the world that made a difference in the tech world. This is how apple started, and it went through struggles. Being the first trillion assets hitting company, Apple Company has become a top-notch company in the world. The innovative and astonishing products of the Apple have been the reason behind the success. When it comes to the Steve Jobs factor, he has been the confirmation for success throughout the whole time. Similar to any company, Apple had to go through struggles, failures, fulfillments, and trials before the utmost success. This article will briefly explain how Apple did it.

The Foundation of Apple Company

Apple Company was founded by three people, Steve Jobs, Steve Wozniak (https://en.wikipedia.org/wiki/Steve_Wozniak), and Ronald Wayne. Their purpose was to sell a hand-built computer to their customers. Known as the Apple 1, it contained RAM, CPU, and a Motherboard. Although it was considered as a computer, the key features such as keyboard, mouse, and or any input devices were not in the Apple 1.

1976 was the year all these three people worked together in the name of Apple. In July, Apple 1 computer went for sale for a price of $666.66. Since Steve Wozniak had the passion of adding repeated numbers as the price, the computer was sold for $666.66.

One of the early struggles Apple had to face was its logo. Since it was similar to the Beatles publisher logo, they had to explain the meaning of the logo in front of relevant authorities. Since the Beatles didn’t know how apple started, that was a fair thing.  When it comes to the true meaning of the name, it was an ideal of Steve Job. Although his friends thought that it was due to apple trees in his garden, it was not. Steve Jobs had mentioned in his biography that Apple was something cool and intimidating. Since it starts with an A letter, Apple could get the top of the listing as well.

The first blow was coming from Ronald Wayne, who intended to leave the company. A couple of weeks after the foundation, Ronald Wayne left the Apple Foundation along with an $800 worth cheque. But, he could have turned it up to $72 billion if he had stayed with his friends.

Wayne was one of the most important people due to his hand-sketched Apple Logo. It showed Isaac Newton was sitting under an Apple tree, and an Apple was falling onto him. Also, Apple Computers Co. had been written in letters. Since it is about something related to formality and the discovery, Steve and Fernandez gave ok to the sketch. After Wayne left the Apple Co., Steve wanted a logo with a simpler design. Then the bitten Apple logo was introduced. It had been created by Rob Janoff.

Being Inc. was Significant

1977 was a special year for the Apple as it got incorporated with Markkula, one of the multimillionaires at the same time. He didn’t know how apple started but surely knew where the company was headed.  Since Markkula was attracted by the Apple 1 computer, the necessary funding was granted for Apple Inc. Along with the funding, the business background was facilitated by Markkula as well. Being the third employee of the company, Markkula was a significant diversion to Apple Inc. since then. Although Steve Jobs was talented enough to be the CEO of the company, Markkula wanted someone else to be the CEO. As Steve was playful and undisciplined, according to Markkula, he suggested Michael Scott be the inaugural CEO of Apple Inc.

In the same year, in 1977, Apple Inc. introduced their next product, Apple II, into the market. Since it had contained some spectacular features such as spreadsheet and calculating, they could overcome the competition. Although Tandy and Commodore PET had been growing a bit faster, the Apple II could mitigate the competition and the threat. Along with those two, the keyboard and the input methods could really make a difference. When it comes to the VisiCalc introduced by Wozniak, the quality was set in a higher place.

Apple II and then Apple III

Since IBM and Microsoft companies had started to grab the sales, several strategies had to be introduced for the products. Although Apple II was a good product, the next thing had to be something better.  The Apple III was the next to make a difference. In addition to the keyboard, software, and killer app, it included color graphics. It made an impressive impact on the customers.  Although it was not much at this stage, Steve had mentioned that it was similar when the world was amazed at the iPhone. But, the competition could not be won over Microsoft.

Since Steve stopped including the cooling fans to reduce the noise, overheating problems arose with the Apple III computers. But the sales kept happening all the time as Apple 2 was yet in the market. Along with the increased sales, the company’s revenue started doubling after every four months as well. Apple Inc had been able to bring the assets up to $118 Million at the end of 1980. It was an annual growth of 533%.

Lisa and Then Macintosh

Jobs was working on a project known as Lisa. It was supposed to bear Graphical User Interfaces that we see today. But, he had been removed from the project. However, Lisa’s project had met with a tragic ending as it failed. The blackness in supportability and the higher price had caused that. Then after he engaged in a low-budget computer known as the Macintosh computer.

The Macintosh computer is known as the most convenient computer even at present. He added some vital changes making it a better product. The introduction of the mouse was a crucial change he did to the Macintosh computer as well. It became a success in 1984 when Lisa had already become a failure.

The 1983 Being Public Incident

1983 was another important year. The shares were sold to the public at a rate of $22 per each. Without knowing either how apple started or the company going, some people started buying the shares at an alarming rate. $4.6 million shares had been sold out an instant making Steve the largest shareholder. Along with him, there were more than 300 millionaires in the company who became millionaires overnight. Also, it was the first time that such an incident happened after the Ford Motor Company. Going on public had made Steve Jobs an owner of $217 million, and he deserved it, according to many of the Americans.

How apple started was not important, but how it flew through the veins of the IT field. Lots of failures, sacrifices, and setbacks got involved on its path. The beginning stage of the company is a great example for anyone who intends to inspire those astonishing characters. When it comes to Steve Jobs, he waited until the right time comes. Although he was removed and put down by the authority at some stages, he could end up being the CEO and make himself worthy of being so. 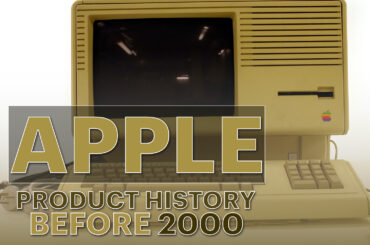 The Apple Products History Before 2000 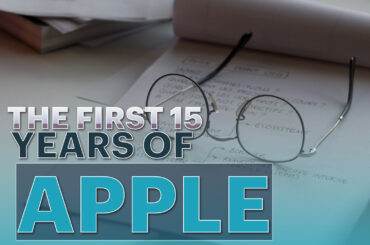 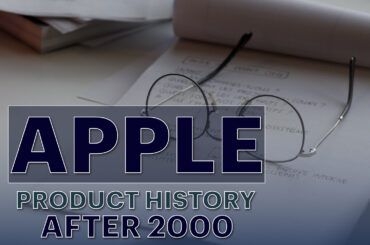 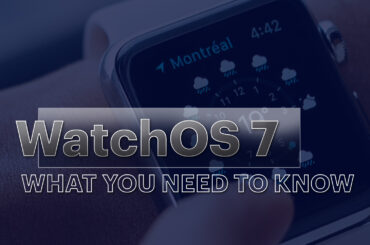 WatchOS 7 What You Need To Know