Macos Sierra Update, All You Need To Know

macOS Sierra Update is a title that has set back the things for apple company. Was it really a thing that people had to forget or was there any other reasons behind the calling off? Similar to  Apple iOS, Apple AirPods, and several apple products, macOS Sierra Sierra was born with so many expectations. As a fan of Apple products, it is vital to be aware of the things both the fans could grab and not be interested too.  This article will let you go through all things need to know about Sierra macOS.

What Is Mac Or Sierra Update?

As the thirteenth version of the macOS, Sierra was introduced to the users. Previously known as MCos x, macOS sierra update was available to the Apple Mac users with new updates. It was named after the Sierra mount range in the United States. Also, the desktop background featured the same mountain for the users. The basic features were available as iCloud, continuity, windowing,  support Siri, and Apple pay. When it comes to the release date, Sierra was launched on September 20, 2016. As MacOS is only supported by Macintosh computers, Sierra was available for mac computers. Similar to all the OS released by Apple Company, Sierra had a closed source model along with open-source features.

It was the first time that Apple Company integrated their virtual assistant for apple users. Mac users could get full use of their latest Sierra using Siri to make things easy. To know the weather update, read messages, and there were lots of new things that the users could achieve. When it comes to Mac-specific functionality, it could be used to get the files searched along with specific documents.

Apple iPhone users had got the ability to categorize the files in their images according to faces, and soring options. It was also the first time mac users could sort the images in the gallery according to face. The deep-running algorithms had included in this Sierra version as well. Along with the facial recognition, the place identification or scenery identification features had granted to the users. It was an embracing feature for the Apple users as only the Apple iPhone had enabled to do that.

When it comes to Windows or Linux, such benefits are still out of the range. The “Memories” feature allows the users to see past memories that belong to them in different timelines while the places album lets the Mac users or Sierra users see their tours all around the world. Also, the Places album is being shown on a world map so that the user can easily recognize his photo.

Message app was one of the latest things that a user could reach along with its direct linking ability to the web. Once a message received with a link, the users could open the link within the Message app and watch videos and content without linking to the web. It was an important way to avoid unnecessary content and save time for the uses. Also, it supported similar features belong to iOS like bigger emojis and reactions.

Apple Music had gained its typical features without any update. But, the discovery panel had got a serious simple graphic and the colors had become much thicker in the Sierra version. When it comes to searching, users could find their favorite albums in the simple interface without wasting their time. Also, the color options had got improvements to get a better experience for the users.

The auto-unlock feature was one of the coolest things an apple user could have.  Although it was a usual thing to have biometric measures to unlock a device using sensors and similar tactics, they are not being available for computers. However, the Apple Watch users could unlock their Sierra MacBook using the worn Apple Watches. When the device is in the range, the Sieear OS identified the user and allowed the user to enter the computer without entering the password.

Sierra allowed the third-party apps in multiple tabs. It was a huge thing for third-party app developers to provide a better experience as well. Even if it is an app that had previously used one document, Macos Sierra Update had let to show the interface on several pages. The accessibility to the data and the efficient use had increased due to this crucial stage as well. Along with those features, Apple users had been able to see their favorite TV program while using another app with the multi-tasking feature. When it comes to the Picture in Picture feature, Sierra users could watch two videos in the same panel.

Apple had allowed the users to manage their payments using the macOS sierra similar to their sister os iOS 10.  Apple web browser had included the Apple pay option in the web browser so that the Macos Sierra Update users could proceed to the payments with just a few steps.  Since the authentication for the payments had only asked for either an unlocked Apple watch or Apple touch Id, the users didn’t have to take more than few seconds to add their favorite content into the MacBooks.

macOS sierra update had been available as a free update for the mc users. If the required mc computer had got enough compatibility the Sierra asked, the update could have installed to the computer.

How It Got Its Name

Apple Company had been using OS X for their mac operating system for a long time. Since it had become a brand for the OS, there was not any necessity to change that. 2016 was the year Apple Company decided to refer to another name for the operating system used for mac computers. Apple company didn’t have a need to change the name since 2001. The company decided to use macOS for the operating system as it contained the unique labeling for the Apple brand. Similar to watchOS, iOS, and two, macOS one of their rhyming product names for the mac computers.

When it comes to the 10th version of the MacBook, the supposed name was macOS 10. But. the Apple company named the macOS 10 version after the Sierra mountains located in Nevada, California.  Also, the featuring wallpapers contained a reddish mountain range in the hearts of California. The same mountain range became the unofficial logo and the benchmark for Macos Sierra Update. Because, it was that much attached to the Sierra OS. Since it was an awesome mount range in America that can put a landmark on an American product, Apple company could have used that.

Siri For The First Time Along With Macos Sierra Update

It was the very first time that Apple Company had included their Siri in the macOS. Siri made their users’ risks easy with searching according to queries, reminders, voice searches, messages, and several app performing tasks. Also, there were some Mac-only features that had included in the macOS Sierra update.

Apple Company had got the idea that macOS requires more tasks than an iOS user. Therefore the search part had been much complex. It was both common for searching on the internet and the local storage as well. For example, if a user had wanted to search for the query “Show me the file I searched in the day before yesterday” the Macos Sierra Update would give you the exact document.  Also, if the users want to be more specific like, “Show Me the File That I Got As a Message”, that will be available in the marginally search result soring options as well.

The most realistic thing about Siri is, it has access through either the key on the keyboard or the doc menu. So, the user could get the assistant of Siri soon after the necessity arose. If the user wants to add Sir in the Menu bar, that will be a possibility too.

One of the coolest things is the multiple windows features. If are on a picnic or a safari, you will be able to see maps, music, games, and messages in different tabs.

It is available for your entertainment in Macos Sierra Update similar to the windows explorer tab feature. But, the fact is that you can add more value to your life than Windows with this feature.  Users get the ability to open similar extensions within few tabs. Therefore the users don’t have to work on opening-closing procedures multiple times.

Apps like pages have the ability to copy and paste without closing the same app several times. If you want to visit multiple locations, the multiple tab option will let you do that.

The best thing regarding the multiple tab option is its availability to third-party apps. The app you admired the most is not among the manufactured apps by Apple. But, the user will get the ability to open few tabs for that particular app. For example, if a user is in managing few chat boxes in the messenger app, that will make a possible thing for the Sierra users with the multiple tabs.

In the older versions of the macOS Sierra, users could download and install apps outside the AppStore. But, Sierra has not allowed the users to install the app from unknown sources. A Macos Sierra Update user has the privilege to tick the app download preference either from Appstore or Appstore+identified developers. This comes as a security measure that can avoid unnecessary malware installations on the Sierra.

However, the Sierra platform has hidden its authentication among the preferences, security, and privacy settings. If the app was forced to open as “Open anyway”. It is vital to note that all these measures are taken for the sake of the Sierra user by the developers. Therefore it is vital to install apps only that has certified by Apple Appstore.

macOS sierra update was an important thing for both Apple company and the users. When it comes to Apple Company, they introduced a way to collect the data and customer usage patterns of their customers to improve the quality of the user interface. Apple Company claimed these data patterns to improve autocorrect suggestions and Lookup Hints for a better experience. Although there is not a privacy violation, some groups of customers hinted that this was also some kind of violation. When compared to the Whatsapp update issue that arose in early 2021, it was nothing.

However, the data is sent to Apple company only with the permission of the Apple user. Since the number of Sierra users increased unexpectedly, Apple Company could collect so much of the preferences of their customers and included them in their later macOS. 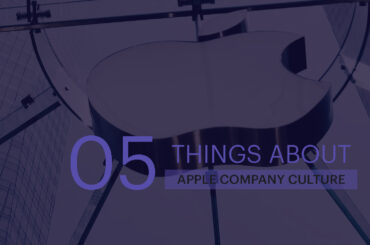 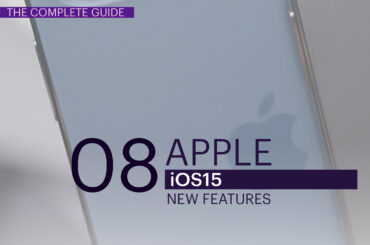 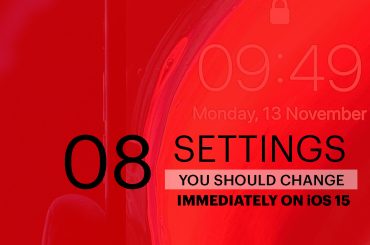 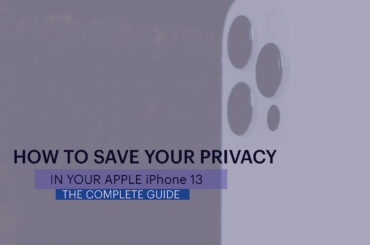