As an Apple customer, a busier period is ahead. Their latest iOS version, iOS 16 intensifies the situation. This article will explain iOS 16 features.

As an Apple fan, the iOS is a must-know factor for you as it has the amazing ability to delivering new features for the existing hardware. More importantly, you will be able to enjoy new feature along with your available devices that supports the latest features. All you have to do is to update your phone to the latest update. This article will explain the latest features you may get from the Apple iOS 16 which is almost released.

One of the coolest iOS 16 features to arrive is the customizable lock screen. Although it looks simple, you must know that everything is boring after seeing the lock screen image for the thousandth time. Even if you get the ability to change the screen saver to one you lie, there are still features such as fonts, unchanged, and the widgets that you can’t change.

When it comes to the latest feature, you have been given the authority to change as well as adjust the lock screen as you like. There will be like hundreds of new screen savers and thousands of combinations that you would like to try. The most important thing is that you get to swipe the screen saver screen quicker than it was. If you don’t like the one that exists, you will be able to switch it quickly.

Another thing you get to enjoy is the new notification feature. Although Apple Company has done several things with this, their latest improvement has enabled prioritized notifications. For example, you get to focus on the notifications regarding a game that you are interested. Along with the live activities, you will be able to have a vast range of features in notifications. Popping up notification as well as silent notification will keep you awake this time. Also, you must not forget that there are notifications that have been introduced as a list. Although you can expand the view, this time, thing have been detailed.

Have you ever thought of a way to unsend a message that you have sent. Although you get to edit the comments even after posting and unsending the messages. It is a known thing that the network as well as the data are required to this features.

As one of the iOS 16 features that has been facilitated by Apple, the company has the ability to take the control as it is all about their messaging app. You will be a belt to view the editing option after holding the message you have just sent. When it comes to the receiver, he will be able to see that you have edited the message. But, he will not see what you have dieted for the message you have sent. It is important to remember that the feature is available within the iOS 16 updated devices.

The recovery is also a thing you might like. What if, you have the ability to recover the messages you have deleted? Yes, that has been granted by Apple this time. All you have to do is to go to messages and go to recover option. This will be available for you up to 30 days and you will find this feature to be a newly added one. The most important thing related to this matter is Apple’s privacy statement. They will neither see the messages you just sent and what they do is to keep the messages in a server. When you want to restore the messages, you will be responsible for both encrypting and decrypting.

You must have heard that the Apple company has listened to your shouts regarding the sports section. They have not only added a sports corners well as given enough actions for them. You can easily add your favorite team to My Section of your apple device and view the scores related to them. You don’t have to locate the team to find the scores. Schedules, standings and scores will be freely available for you. If you want Siri to find that for you, that will also be a possibility.

Among the highlighted aspects about the navigation is crucial. The maps app has been updated along with quite awesome things such as store recent trips in the app and forwarding them to anyone you want using the iPhone to the Mac devices you have. If you were much familiar with the Apple Map, you must be irritated with the available limited sharing options. Along with this update, you will be able to forward the to Android as well as other Apple devices such as Apple Mac or any.

The addition of the stops was one of the moment you must have created as well. As one of the iOS 16 features, you will be able to add multiple stops for a route you have just chosen. When it comes to Siri’s involvement, you will find Siri capable of adding more stops that he could. You will be able to provide a simple command such as “Siri add another stop” to proceed with the available hand free.

This article has explained the prominent iOS 16 features that you may find useful on our Apple devices. As they are still in Beta version, we can’t confirm them to be on the update you get as iOS 16. After we get to confirm the facts, we will bring them to you. 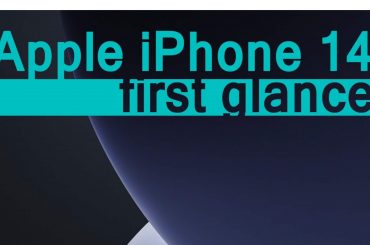 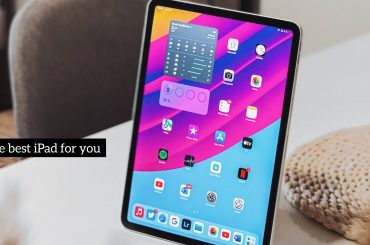