Apple is the most popular brand among the phone users as It has many quality features for users. Apple produces new edition yearly and they are added new options for them. But these options are secrets for users until reserving the market.

However, most of these options are stolen from other companies like Samsung, LG, Motorola and Huawei . But most of users consider that apples are branded.  Somehow Apple company has managed to obtain patent for those features making everything optimum. We have brought the in-depth details of 18 features. Now you can know about these stolen features by apple.

Widgets are special features in Android smart phones and they are in ios too. It is android’s main from the very beginning and you must get what we mean. These features have been regimented rows and columns of app icon with media player, calendar , weather , mini-map and more. This feature is present in Google operating system from the early stages of it’s.  Now we can see this option iPhone home screen with IOS 14.

Widgets have various shapes like rectangular and square and various sizes. When we placing the widget on the home screen, app icons can adjust automatically. iOS were using widgets for long periods but iphone14 pro is using them now.

You can get timely information from your favorite app by using widgets. However, the owning must be given to Android although it is available on your Apple iPhone along with more advanced features.

Do you know about app library?  When you are using smartphone you can see app library which is ways to find and organize the apps on your iPhone. In the app library , which can be sorted in to categories in automatically, you may save thousands of minutes per each Android phone as it is convenient. For an example for app library are entertainment category have music ,TV, video or social category have massages, call, video call or photo and video category have album and camera like more.

App library is easy to find the app immediately. This app was started from Google’s pixel smart phone. Simply, Google was eh very first to give you this feature.

But now it is available on iPhone 14 pro. Earlier app library was called app drawer of android phone. There were apps on the home screen in 2007. But it was not neatly and it shows busy the phone.

Do you know about gesture navigation? If you use older android version, you can see the gesture navigation button. It is very bottom of the screen which should swipe from left to right. Then you can see 2 buttons of navigation. They use to switch between your two most recent apps and other one is use for find the app you want.

This feature is borrowed from Google. But Apple is not try to rename it. However goal was renamed as “bed time mode”. Either way in those features named as differential but these various action use to relax before bed.

If you are cycling, you can use this valuable feature. In this app, you can get correct details about cycling direction. This map was offered to user bike paths, bike lanes, and bike friendly roads. Although it gives details regarding busy roads and roads of avoiding hills. When you travel by bicycle, maps speaks and tell direction clearly. It is a very useful feature in the iPhone.

We like to take photographs from places, special events, flowers, birds, animals or personal like more. Therefore most people like to use phone with camera. When we buy a phone specially we examine about the phone camera. It is useful for educational, entertainment, enjoyable events, some examinations, and for secure. In the evolution of smartphone the camera adds many features. When the developing the phone camera, its last outcome was to get the best quality. Its resolution was increased as an exception as well.

App clips are wonderful feature of iPhones nowadys. Do you know about it? An app clip is a small part of your app which is discoverable the moments. If you want ordering take out from resturent, renting a scooter or setting up new connection, you can use app clips. These app clips can be opened quickly. Also they are lightweight.

However apple iPhone got a new button which used call back tap. Although how much the Apple company has developed the back button, the honor of owning is for Android.

Usually your mobile phones emit blue lights. They are suitable for day time because blue lights stimulate your brain. If you use the mobile device in bed time, your brain recognizes that it is a day time. Therefor it may cause  sleeping disturbance.

Apple introduced the blue light filters on iOS 9.3 in 2016. But android is used night mode in android 8.0 Oreo before one and half year. However, it was Android who made it first

When we are on do not disturb mode it sends incoming calls to voice mail and does not alert you about calls or text message.  During this mode, the OS turns on silence all notifications, and you can use this mode during several occasions such as meals, meetings, movies, and bedtimes. In this mode there was no sounds or vibration. Lock screen was dark.

All incoming calls are sent directly to your voice mail. But when you turn on the screen , you can see all missed calls and all notifications. Although Apple had come up with a name along with new improvements, it was Apple who delivered first.

Translate app is most popular app among the people which have 103 different languages. It is useful any kind of students, teachers, doctors, engineers like more. If you want to translate a word or sentence or paragraph, you can translate it using this app. It is most useful and very easy also it is free service. It can be download by using Google play store.

When you use the apple iPhone, you can translate text, voice and conversation by translate app. This app can use without internet connection for supported language.

IOS 14 introduce the new translate app which supports 11 languages. But Google had already put this feature 04 years earlier. Since Android had the aid of Google, the introduction was not a hard one.

Do you know about ‘Siri’? As an apple user, it has an easy way for make a calls, send text, use apps and on the music by using privet intelligent assistant. Google introduced Google Assistant first. But apple has modified it as Siri as a result of this and it was Google’s assistant to have come first.

Siri is integrated into the iPhone 4s in 2011.  Although Apple has developed Siri in to a greater position, Google assistant is considered to be the best VA along with several features.

14 Over The Air Updates

As a phone user you should know about over the air updates. It calls the wireless delivery of new software or firmware or other data to mobile devices.

Do you know what the updates is? Updates are new fixed software which replaced older version of the same software. In the present, OTA technology is developed for mobile devices. Apple is introduced over the air updates for IOS 5.0.1. Previously android phone users needed a USB cord for new updates. After OTA was introduce, apple can deliver updates remotely. But, this was started by Google from the very beginning.

Most of smart phone users are more interested for selfie camera as selfies are what they are looking for. They take photos personally or with others. Sometimes selfie can be a trick of business due to influencing as well. Therefor they try to search and buy the best iPhone with the selfie camera. Previously enjoyable people are interested to mirror front photos. But it is developed to selfie camera now.

The iPhone with front-facing camera produce for iPhone 4 by apple. Previously android phone has this special feature as they introduced way before Apple iPhone 4. But we can see that Google has not added any improvement to the selfie camera except the limited filters. Although Google had introduced the selfie camera first, it was Apple who really made the difference.

Both Android and iOS are using this feature today. But Google devices introduce this feature firstly. Android added this before 2015 when Apple referred it first.

Low battery mode is a special feature of smart phone users which has been introduced by Apple as well as Android developers. If the phone reduces the power of the battery, phone user can use this option. In this option is acting for save the battery. Screen brightness is large battery drain. therefore this mode dims the brightness.

Previously IOS did not have this feature. Only after Google introduced the feature, Apple seemed to have interested in the particular feature. The most important thing was Apple had gone for patenting after making few advanced adjustments as well.

This feature was introduced by Android previously. Apple OS was not interested in giving the notification drawer. However apple iOS5 used this option and the credit must go to Google for going for such an embracing feature. If Android or Google did not have this thought, then, we would not have seen this feature even now.

We have explained 18 features that you are enjoying as new features on Apple. Although Apple did not steal them or not, we can assume that they must have got an idea about them from Google or any other developer that introduced such features newly. We will dig more history and let you know more facts in the future. 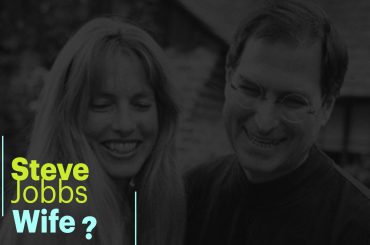 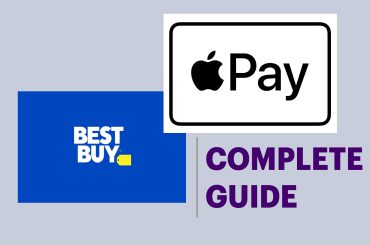